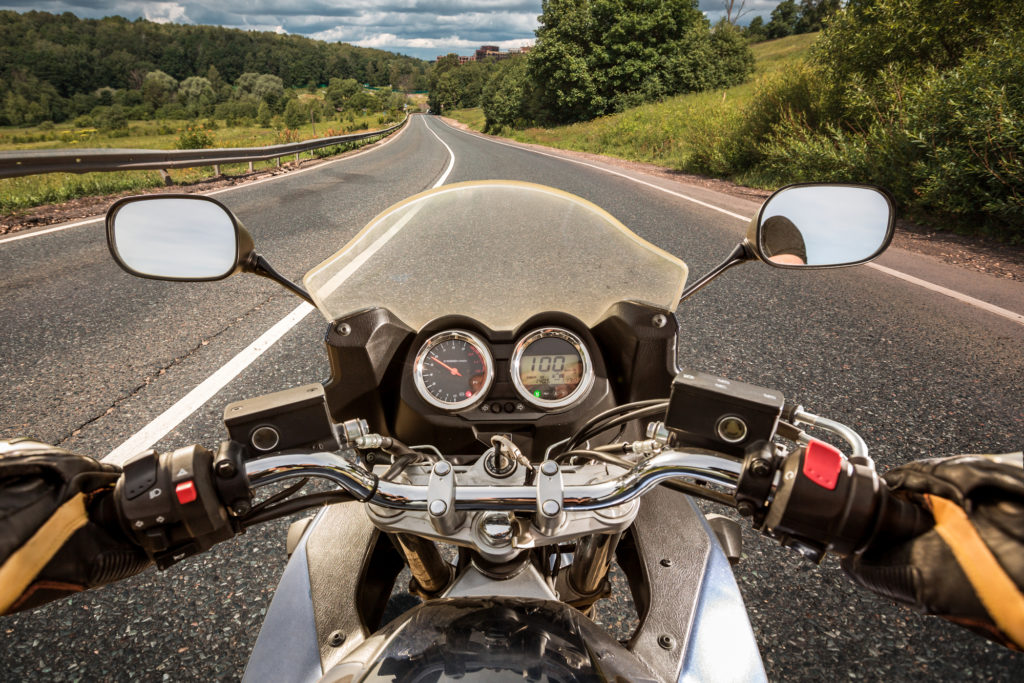 It’s summertime, the sun is out, the snow and gravel are gone and it’s perfect motorcycling weather. Unfortunately, that means an increase in motorcycle accident claims.

Every year at Robinson LLP we see clients catastrophically injured in motorcycle collisions. Unfortunately, cyclists often end up the losers in a game of strength between a vehicle on the road and a bike. When the unthinkable happens, getting proper motorcycle accident compensation becomes very important.

Why do Motorcycle Accidents Happen?

Motorcycle collisions often occur because other vehicles are not always paying attention and are not always as cautious as they should be around motorcycles. Other vehicles often fail to see motorcycles or misjudge the speed that they are travelling. For example, a lot of collisions involve vehicles making left-hand turns in front of motorcycles they did not see. The motorcyclist has no time for evasive maneuvers and ends up colliding with the side of the vehicle that turned in front of them.

Motorcyclists are often at a higher risk for collisions and are more vulnerable to serious injuries. Motorcyclists are more likely to suffer severe injuries like broken bones and head trauma when they are in a collision. A motorcycle does not have the same safety systems as other motor vehicles on the road. The motorcyclist generally leaves a collision with worse injuries than the people in vehicles. For these reasons, it is extremely important to pay attention to any intersections, hidden driveways and left turning vehicles that could cause potential hazards and collisions when you are on your motorcycle.

Assumptions Placed on the Motorcyclist

On top of all of this, the police are not always on the motorcyclist’s side. Sometimes the police just assume that the motorcycle was driving too fast or unsafely even when there is no evidence of these actions or proof that these actions caused or contributed to the collision. In the event there are two sides to a story, the motorcyclist’s side is not necessarily the one first believed. What if the driver of a vehicle that turned in front of a motorcycle advises the only reason they were hit was because the motorcycle was driving too fast? Are they automatically believed against the word of the cyclist? What if the cyclist can no longer speak for themselves? It is very important to consult with a lawyer immediately if you have been injured in a motorcycle collision.

Determining Fault After a Motorcycle Accident

Who is at fault for a motorcycle collision can depend on engineering reconstructions of the collision and evidence that can be gathered immediately after the collision. Pictures of the scene, skid marks on the road, witness statements, and evidence of the damage from the vehicles involved can go a long way towards proving that you were not liable for a motorcycle collision. The personal injury lawyers at Robinson LLP know how to gather this evidence and build a case for you.

As a motorcyclist, you have all of the rights of any other driver or passenger in a car and can collect compensation for your injuries in the same way that any other person injured in a motor vehicle accident can. Don’t risk losing your right to compensation by leaving issues of liability and accident reconstruction to the police – who are not always on your side.

If you have been seriously injured in a motorcycle accident, you should contact the injury lawyers at Robinson LLP for a free consultation immediately. We know what avenues to investigate and how to ensure that your motorcycle accident claim is not compromised by lack of evidence, poor police reconstructions, or bias against motorcyclists.

This article was originally posted in June 2016 and updated in May 2019.