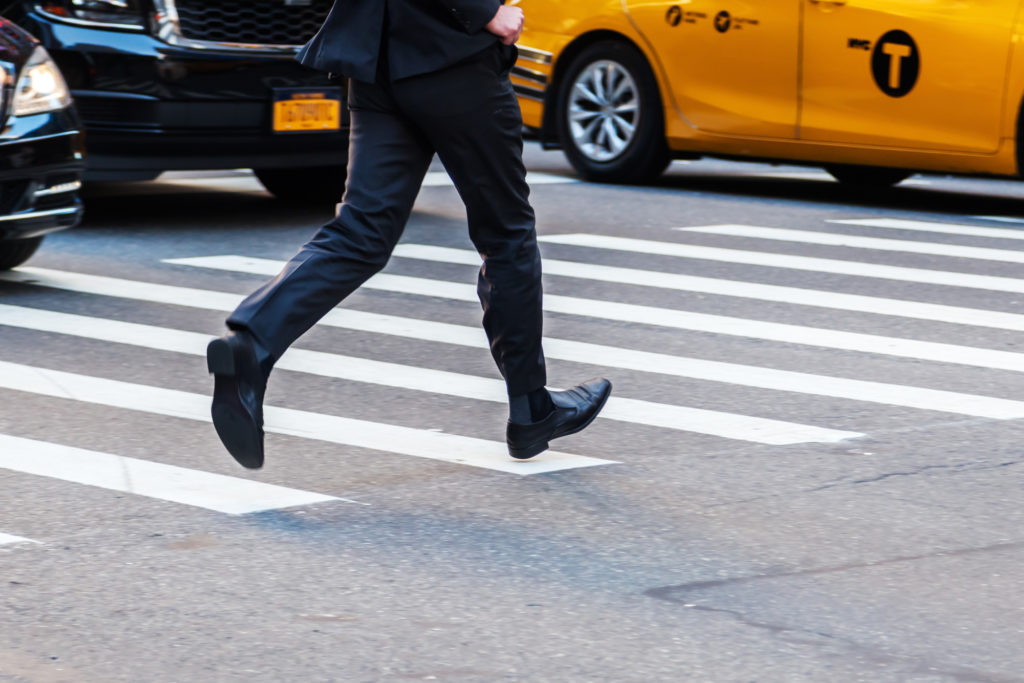 There is a common misconception in pedestrian accidents that the pedestrian is always right. Unfortunately, this is not always the case. Drivers owe a duty of care to pedestrians, but pedestrians also have a duty to protect their own safety and the safety of others. In these types of accidents, there is a complex mix of statute and common law that makes determining who is at fault a confusing and often unclear process. Often, personal injury lawyers need to be involved.

In Alberta, the Traffic Safety Act governs who is responsible in pedestrian-car accidents. This Act states that it is the responsibility of the driver to prove that they were not at fault for the accident. In legal terms, the Act places a reverse onus on the driver of the vehicle to prove that they were not liable. It is the driver’s responsibility to show that in the specific circumstances of the pedestrian accident, a reasonable driver could not have prevented the accident from happening. In some cases, this rule is applied and the driver is found to be 100% responsible.

In Willier v. Lajeunesse, 2001, a case run by Robinson LLP’s pedestrian accident lawyers in Edmonton, the pedestrian was struck from behind while walking down the shoulder of a highway. The Court found that the defendant driver was completely responsible for the collision. Robinson LLP was able to make this case despite the RCMP finding fault on behalf of the pedestrian and actually offering congratulations to the driver for his efforts to avoid the collision. Instead, we were able to show the driver knew that pedestrians sometimes walked down that highway and took his eyes off the road for a few seconds. The Court found that these actions were not reasonable in the circumstances and found the driver at fault.

However, the reverse onus in the Traffic Safety Act does not mean that the driver will always be at fault. If the driver can prove that the actions of the pedestrian caused or contributed to the accident, the Courts have not hesitated to find that the pedestrian was partially or completely at fault for the collision.

In Bouchard Estate v. Chalifoux, 2004 ABQB a pedestrian was hit and killed while running across a road. The Court found that the driver was not liable because they did not have enough time to stop and the driver acted reasonably by slowing their vehicle down before the collision occurred. The pedestrian’s entire claim was dismissed because he had run in front of the vehicle with no warning.

H.C. (Dependent Adult) v. Loo, 2006 ABCA, another case brought by Robinson LLP pedestrian accident attorneys in Edmonton, is the best example of how difficult liability can be to prove in a pedestrian motor vehicle collision. In this case, the pedestrian was crossing in an unmarked crosswalk when she was struck by a vehicle. Most of the witnesses testified she had been running across the road. In that case, the pedestrian was found to be 50% liable. The Court decided that stepping out into an unmarked crosswalk without warning was not reasonable in the circumstances. The driver and the pedestrian were found equally liable for the collision.

Who is Responsible for Pedestrian Accidents?

In short, just because you are a pedestrian does not mean you will automatically win your claim against the driver of a vehicle. The Court will look at all of the circumstances including whether you acted reasonably, where you crossed the street, and whether you were taking reasonable care for your own safety. If the driver can show that you were not acting reasonably you may lose all or part of your claim.

It is important to contact an experienced lawyer immediately if you have been in a pedestrian crash. The personal injury lawyers at Robinson LLP can help you advance your claim, receive compensation for being hit by a car, and ensure that you do not get caught in one of the many liability pitfalls of pedestrian-motor vehicle collisions. Contact us today for a free consultation.